Hey everyone, I know I have gone to LA on two separate occasions within the past year but I am still backdated with some posts including this one. So please bare with me, but as some of you might be going to Disneyland California soon, I hope this vegetarian food review may help! FYI I think I spent 15 hours at Disneyland since I was only able to go that one day but make sure to follow the blog and on social media (Tiktok, Instagram, and Facebook) for the review of Disneyland California itself, more LA Content, and food reviews! FYI: As you can see in the video, I went during the holiday season (December 1st, 2021) so there might be some stuff that was just seasonal but best to check with the Disneyland app in addition to this blog post.

I wanted to start off with this because this is the first thing we ate and also was a seasonal item unfortunately. I say unfortunately, because it was actually good but it was part of the “Festival of Holidays – Favourite Things” options. This was located near the little mermaid ride and you didn’t have to wait long for it. I would say for the portion size, the $7.75 USD is a bit overpriced but when you eat it warm it tastes really good, especially because the stuffing is comforting with the right amount of crunch.

After a few rides we were able to check out the Avengers Campus and there were a few food options but the one you can’t miss is the massive Pym Test Kitchen. There is one plant based/vegetarian option which is the Impossible Spoonful for $14 and frankly, it was not good. The pasta and sauce was pretty basic and the impossible meat was difficult to eat (which is not common). I did get a special drink which was the Proton PB&J Punch which wasn’t terrible but mind you, costed $6.50. The combination of peanut butter balls and whip cream tasted good and helped with the sour taste of the (strawberry lemonade I think) Minute maid drink and the fact that it was overflowing.

You can find this in a little stand at Pixar Pier near the Incredibles ride for $6, and I would say this was worth it. The cookie is decently big and the warm chocolate chips melts in your mouth and I would recommend this to anyone who is at Disneyland.

Near the end of the day, we finally made it to Star Wars: Galaxy’s Edge and I was getting a bit hungry and cold so thankfully there was another plant based option along with some cool snacks and drinks. I also want to say that this section of the park seems to have so much seating options and maybe it is the Star Wars fan bias in me, but it looks so cool! The Ronto-less wrap doesn’t seem like much but it does consist of a plant-based sausage (I believe Impossible), spicy (not really) kimchi slaw, some pickled cucumber and plant-based gochujang spread in a pita wrap for $13. It wasn’t extraordinary but it did pretty good and much better than the Impossible spoonful. There were also some specialty drinks for $6 each, but as a big Annakin Skywalker fan I had to grab the “Tatooine Sunset”. On the site it says it consists of Gold Peak unsweetened tea, minute maid lemonade with melon and blueberry but you mainly taste the gold peak and lemonade with a hint of melon and blueberry if anything. I also grabbed a bag of chocolate popcorn at Kat Saka’s Kettle because I’ve never seen that before and although it was $6.50 you do get a lot and you get to a nice contrast of sweet and savoury.

As the park was closing and the “snow” was coming down it did feel a little cold so the last thing we wanted to eat was a warm snack so we got the popular “Mickey Mouse” pretzel for $4.99. Frankly, the pretzel itself was really stale and not sure if it was because it was the end of the day or not. However, I would recommend you get the cheese up for 90 cents as that is what really helped when eating this and reminded me of a warm queso. 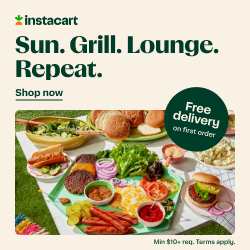 All in all, I wasn’t happy with the food at Disneyland but at the same time I know I shouldn’t have high expectations since this is a theme park that sees thousands of people a day. I would say that since the vegetarian options are limited maybe they can start to incorporate some of their holiday menu items into their regular one and adjust the portion size a bit to make it less overpriced. If you did want to compare Disneyland food to Universal Studios Food, Universal is better in my opinion. However, let me know your thoughts if you had any of these vegetarian food at Disney before and what you recommend. Let me know in the comments below or on social by also following on Facebook, Instagram, and TikTok so you will know when the Disneyland Review is up!

One Reply to “Disneyland Food Review”