To be completely frank as I am typing out this post it is bittersweet since I am happy to write about a sneaker I’ve had a lot of good memories wearing, while I am also sad since the player this sneaker is made for will no longer be a Toronto Raptor. Nonetheless, I am lucky to have seen Kyle Lowry give his all to the city of Toronto on and off the court from the NBA Championships to the Thanksgiving Assist program, and so much more! Therefore, it’s only right to write this review of a special pair of sneakers that was released to the public that featured Kyle Lowry’s logo at the time and a special nod to a popular Toronto jersey uniform. You may have seen these on prior The Fit Break Downs (NBA Finals & Raptors 905’s Degrassi Night) but let’s get into more detail about these awesome sneakers! Note: this blog post features affiliate banners.

For those who are not familiar with Kyle Lowry, he’s an NBA Champion and Olympic Gold Medalist who played for the Toronto Raptors from 2012 to 2021. During that time, he has worked tirelessly, and has won over the hearts of many Raptors fans earning him the popular vote for Greatest Raptor of All Time (GROAT). His skills and work ethic lead him to earning several different accolades and also helped secured him a sneaker deal with Adidas, which is why it was no surprise that in 2018 Adidas Canada released a player exclusive (PE) colourway of the pro bounce low that year. There was another PE released at the same time but in a high cut version and that was for Kristaps Porzingus who was on the New York Knicks at the time. The release was definitely interesting, but I am glad I was able to get a pair because I am not sure how many people actually knew this sneaker existed and how many people regret skipping out on these.

Usually I do this at the end but I wanted to mention how these were released. I remember there was an initial sudden drop release on Adidas Canada for $160 CAD and they were widely available and was even eligible for a 25% discount. At that point, I already went over my budget (but I was tempted) so I decided to pass on that… I definitely regretted that. Because after suddenly taking down the product, it was re-released a few months later but this time also at FootLocker Canada. When they re-released on Adidas at 1am sizes were selling out (and not eligible for discount) so I had to get my closest size which was a 10.5. Eventually there were pairs restocked at Footlocker Canada so I could’ve gotten it for a better deal but still happy that I got these in the collection, and thankfully the fit is not bad.

Going half a size down did give it a really tight fit, however I wore it a lot and it did break loose. I have not just worn these for casual wear but I have played in these as well and they are one of my favourite sneakers to play basketball in. If you do have the option to get this, I would recommend going true to size but .5 if you must.

So as you can see from the pictures, this is not just any ordinary sneaker, there’s a lot of key branding and design elements that make this sneaker unique. The first thing you would notice is Kyle Lowry’s logo at the time is placed on the tongue and can be seen on the sockliner. What’s a great personable touch is that the names of Lowry’s sons, Kam & Kart are on the otherside of that tongue sticker. As you can tell this is a predominately black sneaker with a nice textile mesh upper that serves as a good contrast as there are 3 large white stripes while a black, grey, and white camo print on the heel and a special pattern (almost like camo too) of maple leafs in gold, white, and black (an ode to the OVO jerseys) on the midsole and outsole. I love that the gold tpu really pops when looking at the upper and outsole. As assumed based on the name of this sneaker, the pro bounce does incorporate Adidas bounce tech, and with the TPU for stability and nice traction on the outsole it definitely is an ideal basketball sneaker but with the subtle yet distinctive design elements across the upper, it makes this sneaker perfect for any Toronto Raptors fan.

Cop or drop? Cop, if you still can. With Kyle Lowry leaving Toronto it is going to be highly unlikely that Adidas will release any more special Lowry colourways to the public especially one that celebrates his time here in Toronto.

Comfort? Once again, going .5 down does make this super snug however it does break in, but going true to size would make this a more comfortable shoe to hoop in or just use for casual wear.

Aesthetic? I love it. It’s a sneaker that the wearer would really enjoy and appreciate more because of course it is predominately black but the gold and camo accents with the Klow logo and maple leafs really make this sneaker pop and pays homage to Lowry and the Toronto Raptors.

Packaging? Extremely disappointing. It was just a plain black box with the Adidas logo on top. It was so bad, I did not care to keep the box or take any pictures of it. I hate when Adidas does that especially for special sneakers like this, it would have been great to have something special for Kyle Lowry.

Price? For $160 CAD for a special Kyle Lowry sneaker/colourway, it’s a great deal. It would have been better if discount were eligible or if you got this on sale, but hey it’s not a ridiculous price to pay when you have a special sneaker that represents the greatest raptor of all time.

In conclusion, although it’s going to be difficult to watch Kyle Lowry play in another team’s jersey I am happy for the memories he provided me and this city on and off the court. This is a dope sneaker that I will continue to wear and maybe it will be on the YouTube channel (best to subscribe in case) but stay tuned for exclusive offers, deals, and content because there will be a major product drop any NBA fan but especially Toronto Raptors fan will love so to not miss that, follow on Instagram and Facebook! 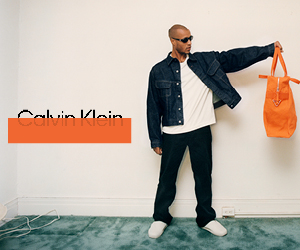